OVER 197.8 MILLION WHITE PEOPLE FAIL TO SHOW UP AT “UNITE THE RIGHT” EVENT 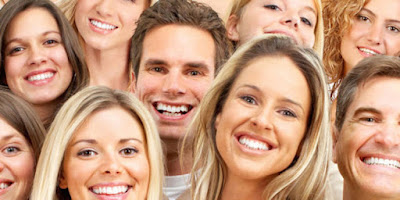 WASHINGTON, D.C.—Over 197.8 million white people failed to show up for a white nationalist demonstration that took place here on Sunday. According to the Wall Street Journal, fewer than 20 people actually gathered for the “Unite the Right” event held at Lafayette Square near the nation’s Capitol.

One reporter for IJDT who covered the event from rural South Carolina, interviewed white patrons at a local breakfast diner to get their reaction as events unfolded in Washington.

“Rally? There was a rally?” asked one confused soccer mom.

VIRGINIA TO LEGALIZE DUELING TO DEFEND HONOR ON SOCIAL MEDIA 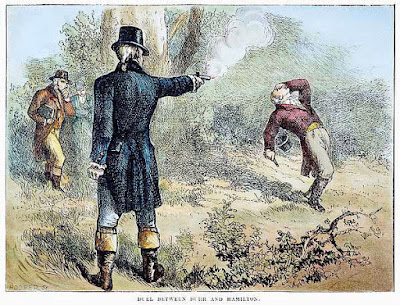 RICHMOND, VA—Since the advent of social media, personal invective in public forums has increased dramatically, but offended parties have had little recourse for defending their honor.

State law makers in Virginia are introducing a bill that would once again legalize dueling as a means of righting these perceived wrongs.

“People make the most provocative, injurious, slanderous, and salacious accusations on social media because they know there will be no consequences,” explained state legislator Anson Burlingame (R, Spotsylvania).

But under the proposed law, individuals would be allowed to challenge FaceBook and Twitter trolls to a duel, using fencing foils, sabres, or even black powder pistols at 10 paces. The victor would not be liable for any subsequent injury or death that occurred as a result.

“With this new law, you can put a lead ball in the sternum of your neighbor, work colleague, or even your old college roommate, and publicly restore your personal integrity,” said Burlingame. “Then perhaps people will think twice before publicly and deliberately impugning someone’s character.” 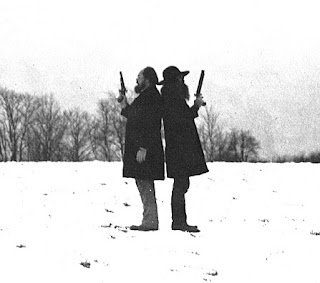 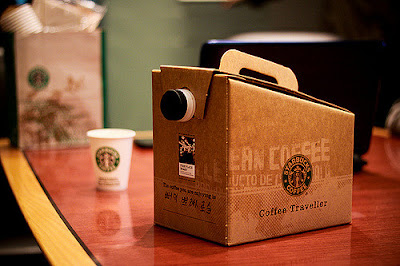 Moon-Smith noted that customers opting for these beverage alternatives may first want to make sure that store’s restroom is not already occupied by a nonpaying customer. 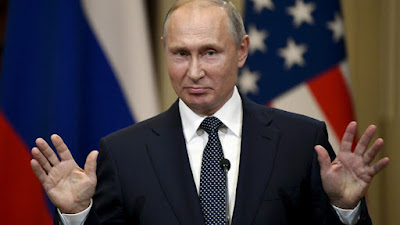 MOSCOW—Soon after returning home from the recent Helsinki summit, Russian President Vladimir Putin met with members of the Federal Council and State Duma to finally lay to rest the question foremost on that country’s mind:

During a 2016 nationally televised debate between Republican Presidential candidates, Trump assured an anxious nation regarding the size of his hands, saying "I guarantee you there's no problem.”

At the time, the Russian government dismissed the claims as propaganda, characterizing the obnoxious boast as the sort of “psy ops” more appropriate to the tension-filled days of the Cold War.

Still, a seemingly insecure Putin made a point of being photographed shirtless while hunting, fishing, and horseback riding. One picture, later censored, shows Putin choking a trout. 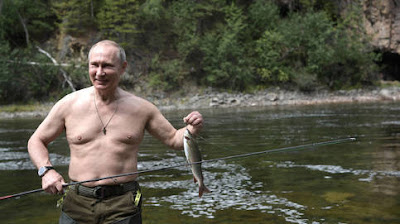 After the collegial meeting in Helsinki between the two world leaders,  Putin told Russian lawmakers that President Trump’s hands were indeed “huge.” But Democrats on Capitol Hill said Putin’s remarks were further evidence of collusion between Trump and Russia.

Even Animal Kingdom Perplexed by State of the Nation, Say Zoologists 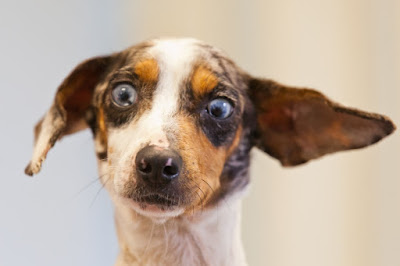 ETOWAH, GA—After studying thousands of pictures of adorable pets posted on social media, zoologists have concluded that even the animal kingdom is deeply troubled by the current state of national affairs. 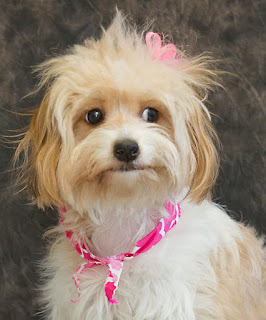 “You can see it in their expressions, especially with dogs” explained Lars Lundehund, chief zoologist for the Atlanta Zoological Association. “Anxious, perplexed, at times even exasperated.” 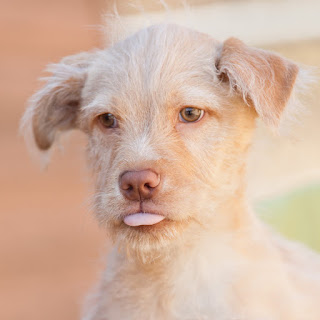 “Of course, the cats all just look disgusted,” he added. 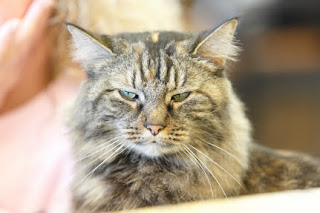 Noting a dramatic uptick in darling photos of cute pets with heads tilted, Lundehund and his colleagues pored over 105,000 pictures posted online by users of Facebook, Instagram, and Twitter—although certain key data culled from SnapChat were lost within seconds.

Lundehund insists that the $2 million study, funded entirely through Federal grants awarded during the Obama Administration, was completely free of any political bias.

“Still, it’s hard to escape the conclusion,” said Lundehund. “Even your Lab-Shepherd mix thinks the President is a moron.” 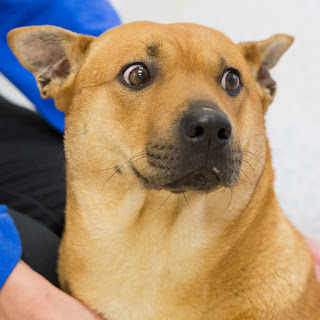 All photos by the amazing Pam Doughty.

The views and opinions expressed are those of the reporter alone and/or persons cited in the above article, and do not necessarily reflect the views of the cats and dogs. Especially the cats.

Support your local animal shelter: Adopt a pet, make a donation, or even become a volunteer.

Please spay or neuter your animals. 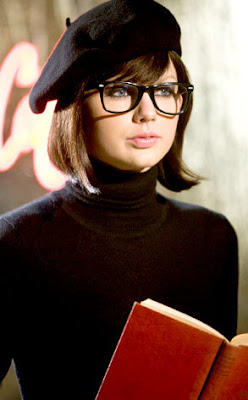 BERKELEY, CA—Sales of black berets in the United States have surged as an increasing number of A-list celebrities, college professors, students, and political pundits join the growing Resistance movement.

The popular knit caps evoke the bold fashion statement first made by the French underground during World War II as they defied Nazi Germany. 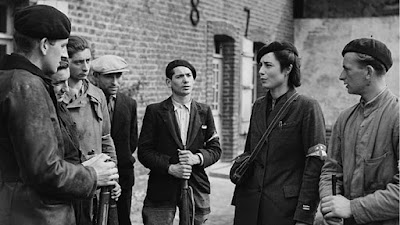 But today the cute fuzzy chapeaux have been deemed the perfect accessory for vogue virtual signaling.

“The half-witted fuck-knuckle currently in the Oval Office is worse than Hitler,” said Leena Le Crétin, a Leisure Studies major at UC Berkeley, proudly sporting black beret while protesting tax cuts in the campus quad. “The president’s inane Tweets are the moral equivalent of invading Europe and sending millions to the gas chambers.”

“Hence the hat,” she added.

The Resistance in the United States grew out of opposition to the election of Donald Trump in 2016. In an effort to recapture the excitement and romance of previous legitimate opposition movements, activists soon settled on the black beret as a fitting symbol of defiance.

As for the original Resistance movement of the 1940s, soon after the Allied victory  berets became passé among the French. Mimes and San Francisco-based Beat poets quickly scooped up the deeply discounted hipster hats. Later, it was a sartorial staple of Che Guevara, who was personally responsible for the execution of hundreds of Cubans. 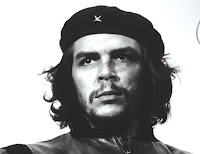 “Don’t even get me started on that,” said Le Crétin. 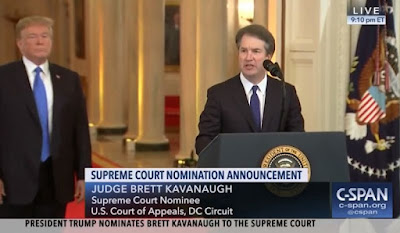 Kavanaugh, who is in town visiting lawmakers in advance of confirmation hearings later this fall, was photographed tentatively sipping on a large Diet Coke from a clear plastic straw apparently purchased from a local McDonald’s using a maxed-out credit card.

He was quickly surrounded by an angry, chanting crowd led by U.S. Representative Maxine Waters, who used a megaphone to straw-shame the judge. “The straw dogma lives loudly within him,” she angrily claimed at a press conference later.

On Monday, Starbucks, the nation’s largest food and drink retailer, announced that it would no longer use straws. Instead, patrons ordering a Venti Iced Skinny Hazelnut Macchiato, Sugar-Free Syrup, Extra Shot, Light Ice, No Whip, will be served the beverage in an all-plastic double-walled sippy cup.

"This is a significant milestone to achieve our global aspiration of sustainable coffee, served to our customers in more sustainable ways," said a Starbucks spokesperson. “Oh, and, Judge Kavanaugh is a racist, sexist, Nazi, Catholic, homophobe who threatens to destroy the very fabric of our nation,” she added.